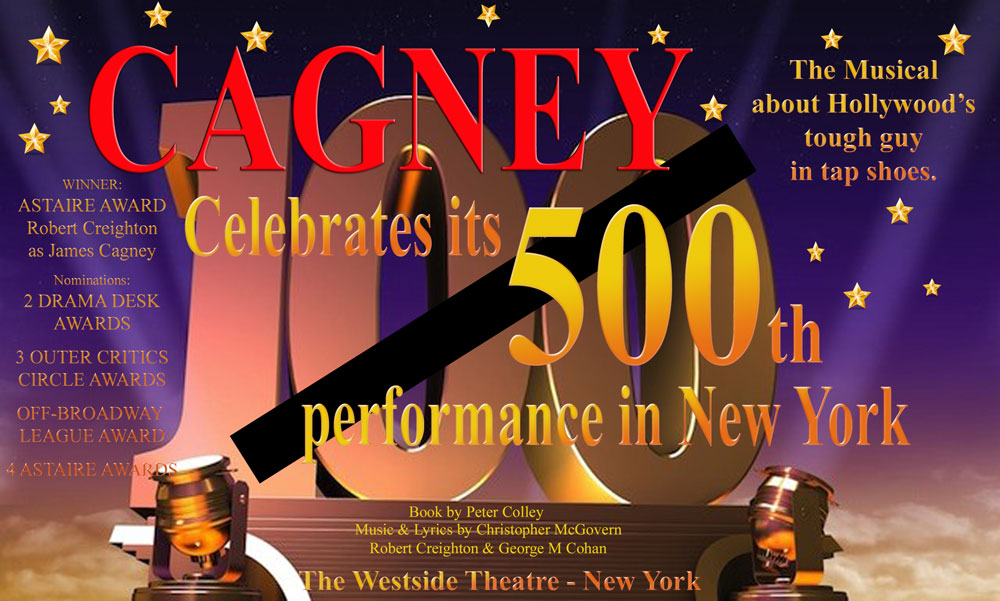 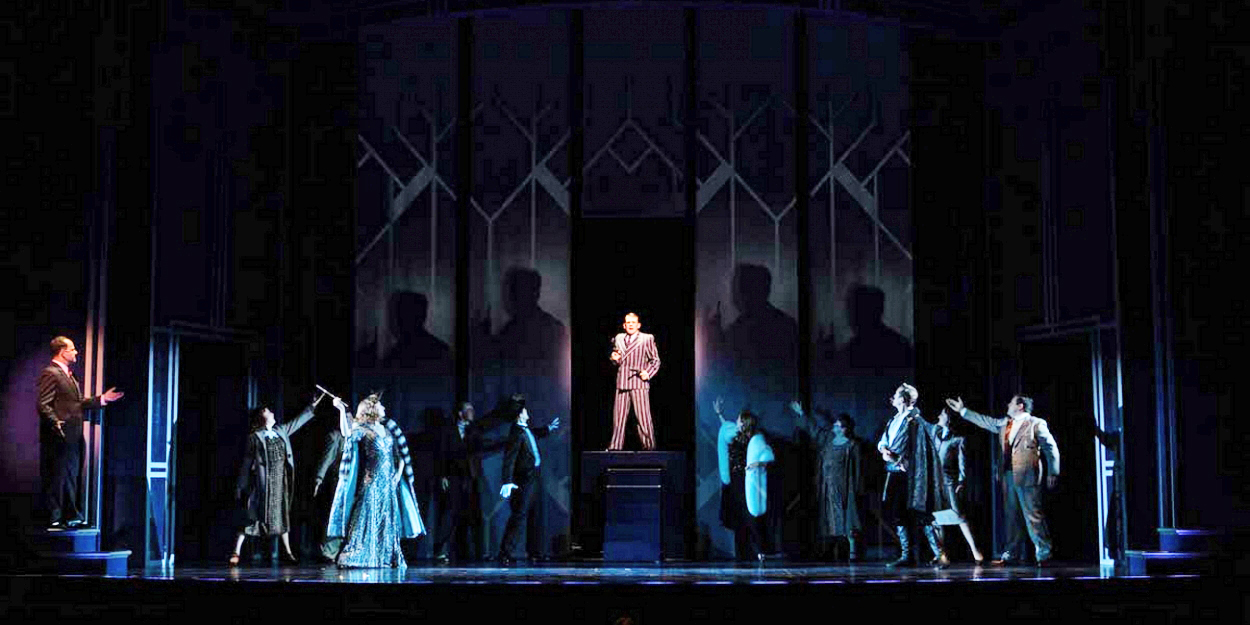 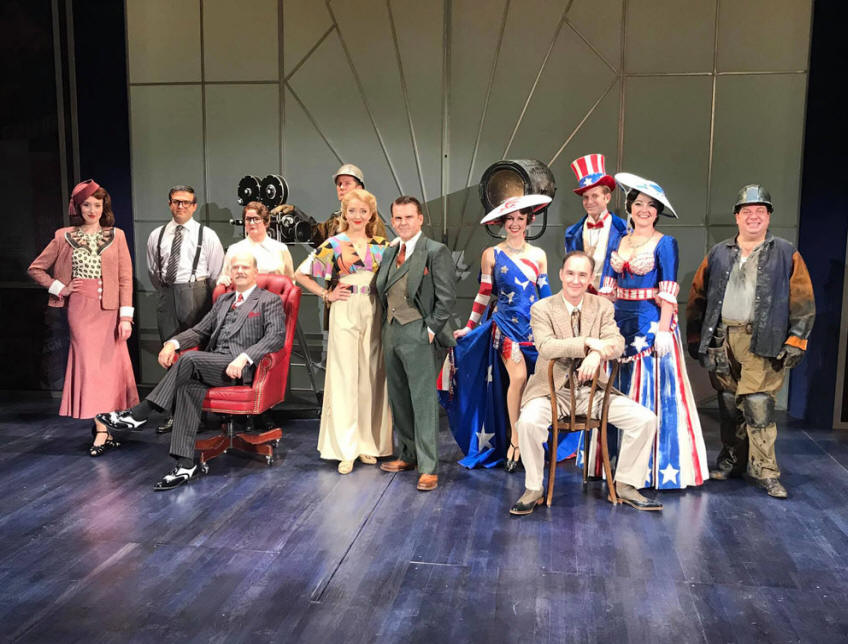 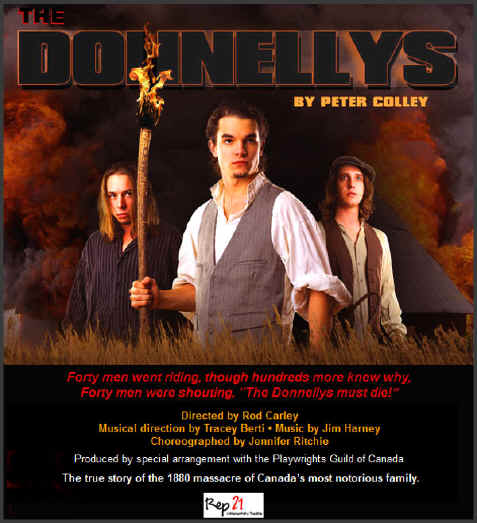 THE DONNELLYS
A musical version of Canada's most notorious crime - newly revised.
Click on the poster for more information 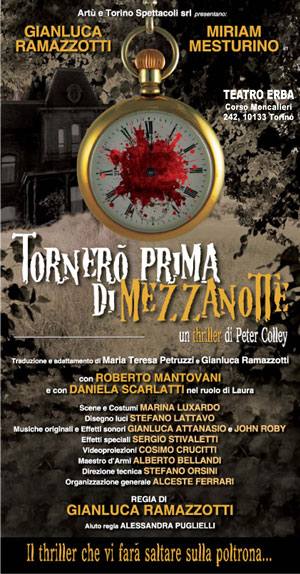 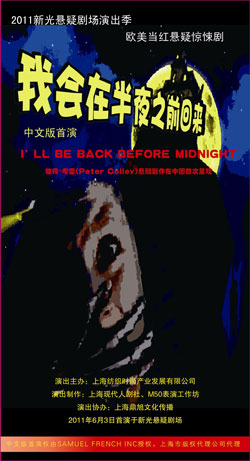 Italy and China - Click on poster for more info 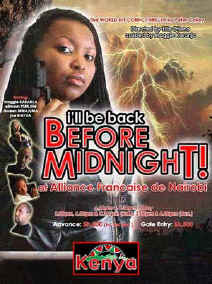 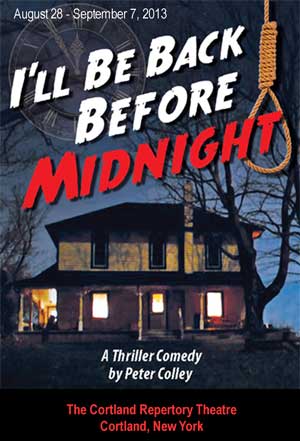 I'LL BE BACK BEFORE MIDNIGHT - at the Blyth Festival in its fourth revival at the theatre which premiered the play, the Vertigo Theatre in Calgary, the Spokane Civic Theatre and in the Nantucket Arts Festival.  The Totem Pole Playhouse, Pennsylvania (one of only 11 professional Equity summer stock companies left in the US).  Also Canberra Repertory Theatre, Australia.  Danish translation as "TILBAGE FØR MIDNAT!".  Arena Players ("Long Island's Oldest Professional Theatre"), Topeka Rep Theatre.  WHEN THE REAPER CALLS: Kanata Theatre, Guelph Theatre.

REVIEWS: I'LL BE BACK BEFORE MIDNIGHT at The Coliseum Theatre, Nr. Manchester, England, where it received excellent notices (to see the Coliseum reviews, poster, photos, CLICK HERE).

TO SEE PICTURES OF SOME OF THE THEATRES:
CLICK HERE 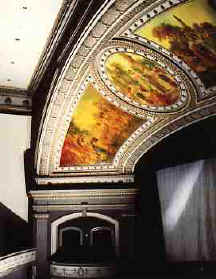 The Grand Theatre, London (Ont.), where Peter started his career as the Resident Playwright for 3 years.

For more information on Peter Colley's Great Dialogue Software™  click on the above logo. This popular educational software for writers has been sold in 43 countries.