THE WAR SHOW
- YOU'LL GET USED TO IT -
A Musical

NOTE: This play is designed for the Canadian market only
An American version is currently being planned

2014 - The War Show named as one of ONTARIO'S TOP TEN AWARDS by the Ontario Arts Review:
"Music Theatre Mississauga’s undertaking of "THE WAR SHOW" - a musical about the Canadian involvement in WWII as seen through the
eyes of the soldiers - recaptured both the pathos and humor of war.  Director Alexander Galant pulled no punches.
There’s death on the battlefield; there’s rear-projected newsreels and scenery so that the stage remains almost bare except for props.
Yet the whole thing really works.  Bravo!" 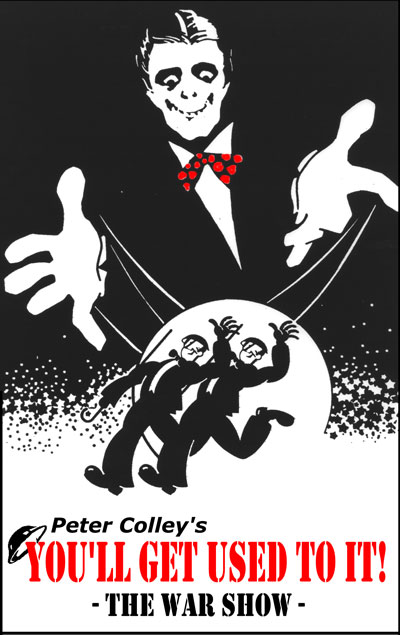 poster from the Toronto production 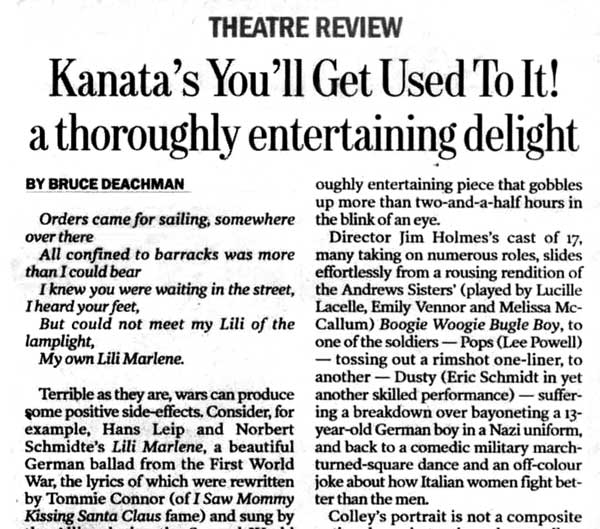 FASCINATING STORY!  A GREAT REVIEW from the Ottawa Citizen and a fascinating human-interest story
from the Kanata Theatre, Ottawa, production.
For details click on the thumbnail below or CLICK HERE 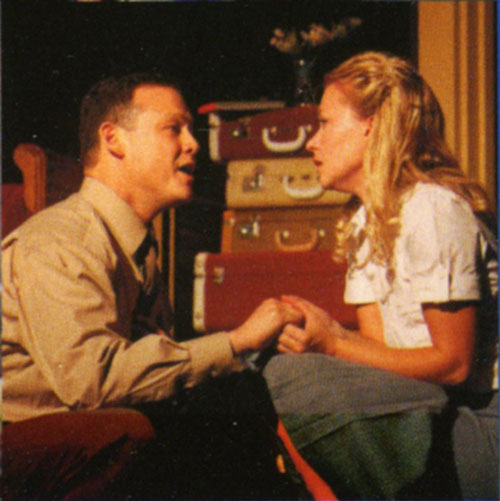 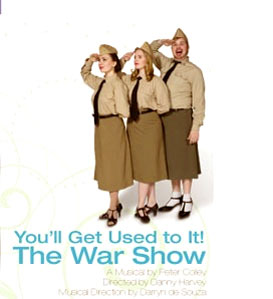 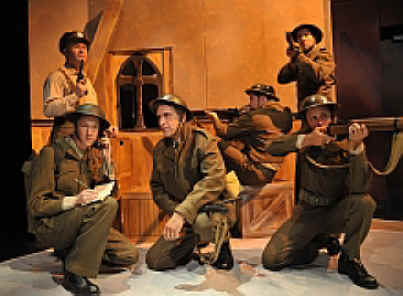 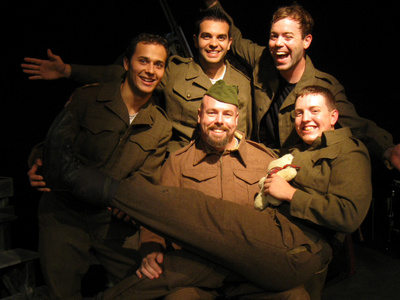 "Just got home from seeing the show for the second time... as fantastic as it was on opening night, it was even more delicious tonight!  It was bold and still so sweet, a silky flow of words and music - truly treat to behold."  FB

Ø "The show's Range of Emotions Keeps Audience Entranced ... this witty script and great cast play on the range of emotions we all have about war."
Sandy Wiseman, The Daily News

Ø "A poignant and unexpectedly humourous look at a momentous time in Canadian history, as told through the eyes of the soldiers who were there.  Peter Colley's play vividly colourizes a time many only know in black and white."  Caledon News, 2010

Ø "The War Show is hilarious, with jokes flying fast and furious; but there are also poignant moments as, one by one, four of the fun-loving lads make the ultimate sacrifice."  Arts Northumberland

The MusicMakers/Northunderland Players produced the play twice at the Victoria Hall, Cobourg, playing to sold-out houses and raising enough money to donate $10,000 to Habitat For Humanity.   The War Show is the single biggest money-maker in MusicMakers' 15-year history, a company which has donated over $150,000 to various Northumberland County charities.  For details, CLICK HERE. 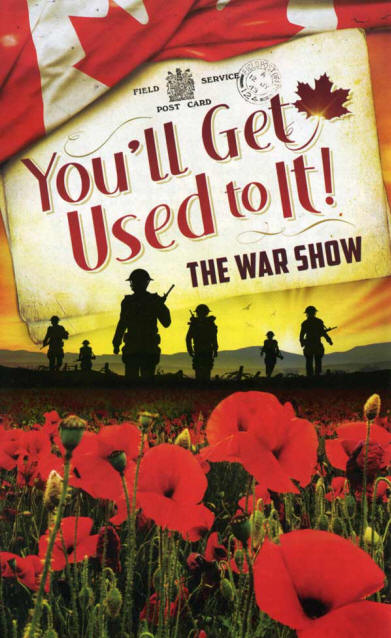 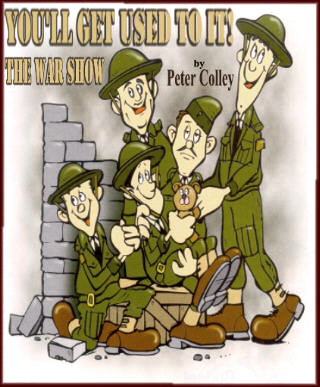 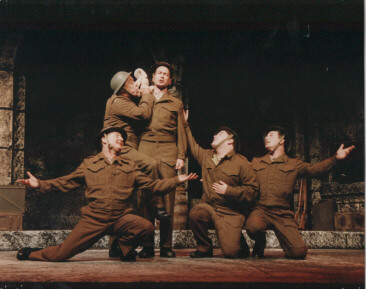 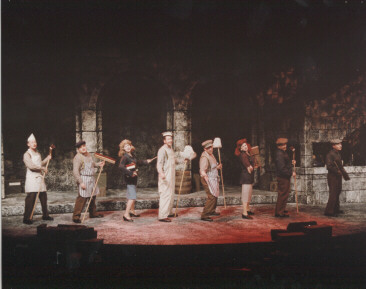 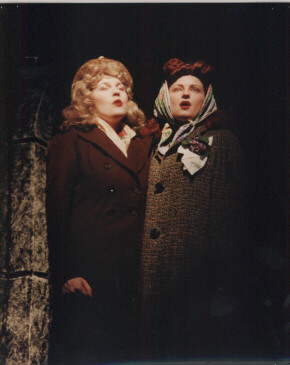 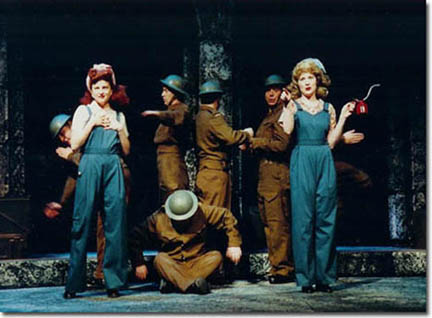 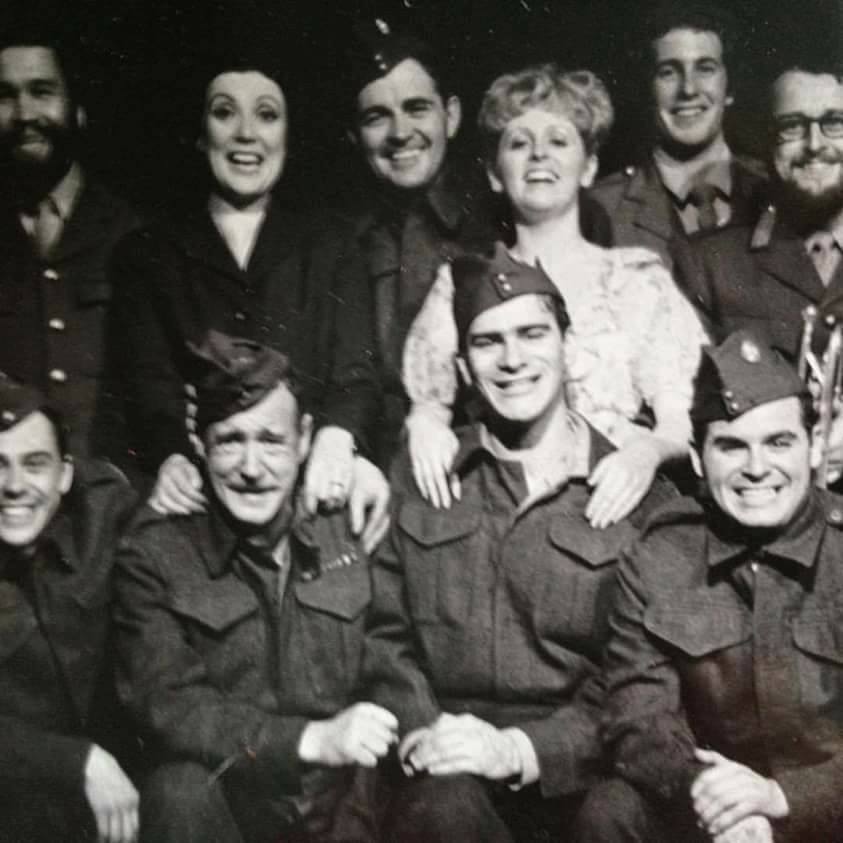 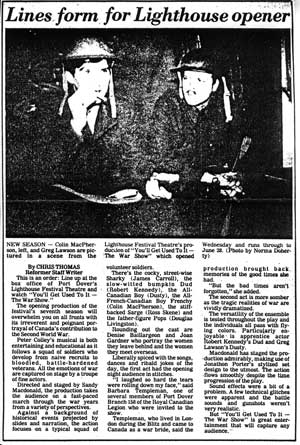 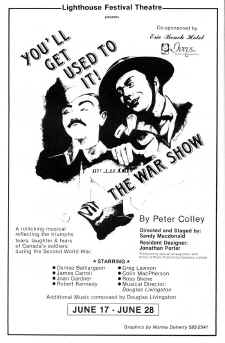 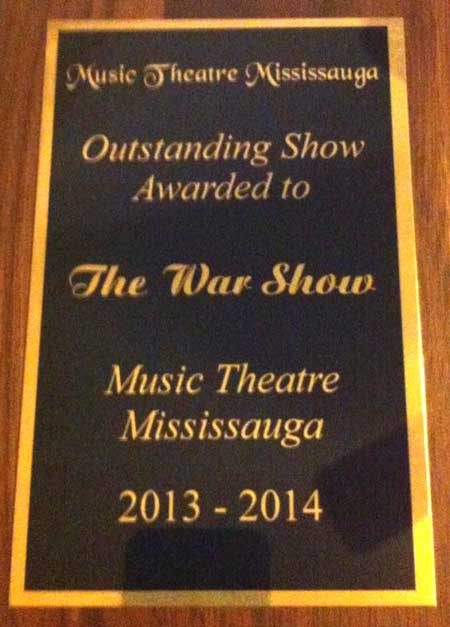 To perform this play please contact the author at

Back to Top of This Page