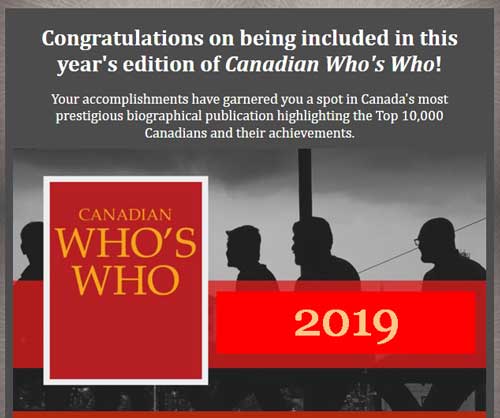 Winner of a 2001 Harold Greenburg Screenwriting Award (The Movie Network) for STOLEN LIVES.

Nominee for the 2000 Humanitas Prize  for his script "Cadmus & Europa", for CBS based on the Greek myth.  "The HUMANITAS Prize was created in 1974 to celebrate television programs which affirm the dignity of the human person, explore the meaning of life, enlighten the use of human freedom and reveal to each person our common humanity."

One of 5 playwrights selected for CANADA ON STAGE - celebrating Canada’s 125th anniversary. 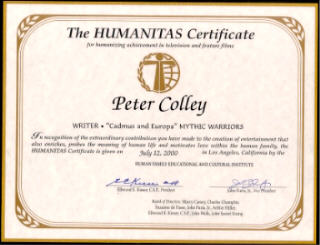 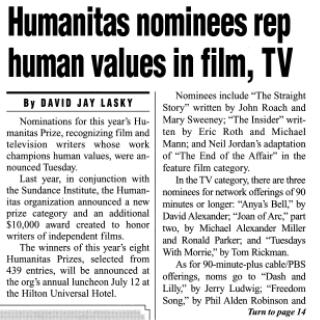