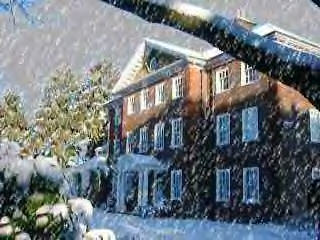 Peter was raised on Royal Air Force bases around Germany and England where his father was a career officer.  Peter wrote his first play at the age of seven.  The idea was taken from a book called "100 Things To Do On A Rainy Day".  Since England had lots of rainy days he had plenty of time to read the instructions on how to build a Balinese Shadow Theatre.   In this style of puppet theatre cardboard cutouts of characters are projected onto a paper screen.  Peter built the theatre, wrote a (thankfully long-forgotten) story and presented it to the kids on the "Bomber Command" air force base in Buckinghamshire.  Whether the free pop and cookies was the main attraction is not certain, but the presentation was a big success.

At the age of 11 Peter gained admittance to the Royal Grammar School at High Wycombe, England, which was founded in 1562 by Queen Elizabeth I.  The school is located just outside London on the road to Oxford, and in 2007 The Times of London listed it as one of Britain's top 5 non-private schools for placing students at Oxford and Cambridge.  He was a boarder at that school for seven years and became Head Boy of School House.  Although he showed much interest in drama, appearing in many Gilbert and Sullivan Operettas, Shakespeare and Chekov plays, he was mainly known for his sports activities. 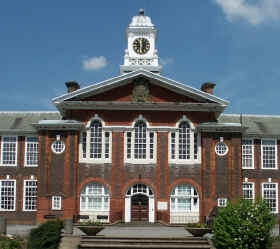 Peter captained the school in cricket, rugby, basketball and athletics (track and field).  He won the Victor Laudorum twice, an award that was given to the top athlete of the year.

At age 13 he wrote a play for a Boy Scout drama competition - it was something about being crowned king of the world where he also starred as the king.  Needless to say the play did not win.

After leaving the RGS, Peter went to the University of Sheffield in the north of England.  The University of Sheffield was named in 2014 as one the world's "Top 100" universities, and the Times of London awarded it Britain's "University of The Year" in 2012.  At Sheffield Peter's focus changed more towards drama, although he still played for the university cricket team, ran for the university in the 400 metres, and captained their basketball team for several seasons.   It was here that he started writing again - first comic sketches for the university's reviews, and later his first full-length play - a comic spoof on Norse mythology called "The Saga Of Regin".  This received good notices and gave him the confidence to set out on a career as a playwright.

Peter studied for his Master's degree at the University of Western Ontario, Canada.  While at the University he played many roles on stage, including Henry Higgins in the musical My Fair Lady, the Earl of Warwick in Jean Anouilh's "The Lark" and directed "Oh What A Lovely War" and other plays before going into professional theatre.

To see Tony Hare's web site with lots of historic photos of the school, as well as photos of Gilbert & Sullivan Operettas from the 1940s to the 1960s:  click here

Back to top of the page